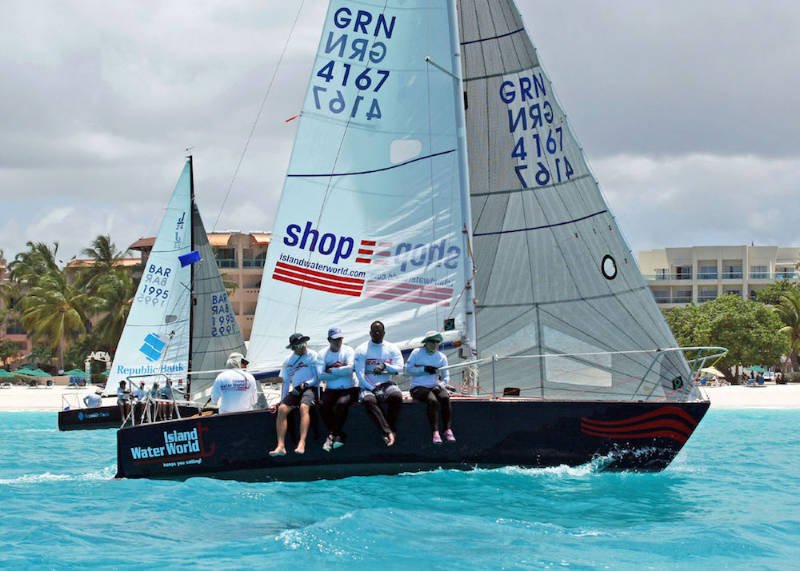 The Caribbean race season’s opening regatta is now to be known as Barbados Sailing Week, which replaces its former title – the Mount Gay Round Barbados Series writes Sue Pelling.

Organised by Barbados Cruising Club in association with Barbados Tourism Marketing Inc, and Mount Gay, Barbados Sailing Week 2018, which runs from 16-24 January, is expected to once again attract top class competition. As well as the opening three-day Coastal Series, which offers spectacular racing along the island’s stunning white-beach coastline, and the concluding Ocean Passage Race from Barbados to Antigua (designed to tie up with Antigua’s Superyacht Cup) on 24 January, competitors are also preparing to take on the headline event – the 60nm Mount Gay Round Barbados Race that gives crews a chance to win their skipper’s weight in rum if any of the 20 records are broken. For skippers this race is a dream come true with its golden opportunity/excuse to indulge during the forthcoming festive season for some serious fattening up!

This all-comers sprint around the island of Barbados traditionally takes place on Errol Barrow Day – a public holiday to celebrate the birthday of the first Prime Minister of Barbados and ‘father of independence’. Given the day’s significant status, the party vibe throughout the island is legendary with crowds of locals and visitors annually flocking to the best vantage points to watch the race as it unfolds down the rugged Atlantic coast.

As the event draws closer, speculation on whether any records will be smashed, is gaining momentum. Currently trending as one of the most likely to offer the ‘best odds’ is the Absolute Foiling Monohull record that was established in January this year by Andy Budgen on his Mach 2 foiling International Moth with a time of 4 hours, 23 minutes, 18 seconds.

Another return competitor preparing to have a bash at defending or bettering his own record is Andreas Berg fromGermany. Sailing his Dufour 44 – Luna – Berg set a new benchmark for the Singlehanded record with a time of 8 hours, 7 minutes, 31 seconds in January 2017.

The former Volvo Ocean Race VO70 that currently holds the Absolute Monohull record with a time of 4 hours, 42 minutes, 20 seconds (set by Andy Budgen/Fred Schwyn and team in 2014) will be back on the racetrack too, as will the local TP52 – Boss.

In delightful nod to the schooner tradition of this event that dates back to 1936, a fleet of schooners will take on the circumnavigation challenge including the 55m A Class Schooner Elena – the yacht that currently holds the Classic record, and Schooner Ruth, the locally built, working schooner.

Another classic beauty and regular at this regatta is the Blue Peter, Mat Barker’s Alfred Mylne 65, which will be out to defend its winning title in CSA Cruising class, as well as an attempt at a record around the island.

The J/24 fleet will be back in 2018 with its new-look Coastal Racing format, which is expected to attract a super competitive fleet. Listening to the request from local racers, racing for the J/24 is now taking place over just two days, including 20 January (official lay day for the rest of the regatta classes).

In the meantime, the party spirit on the Island of Barbados is revving up and, with three weeks to go before the opening race of 2018 Barbados Sailing Week, there is still time to plan a winter escape to experience the thrills of this legendary regatta. There are plenty of charter options on offer including places aboard the classic yacht MahJong, the Ondeck Antigua Farr 65 Spirit of Juno, and the VO70 Monster Project. Those looking to take on a full yacht charter, the J/122 Noisy Oyster is currently available, plus there is a selection of other options, details of which can be found here or by contacting Alene Stone, the event organiser on [email protected].