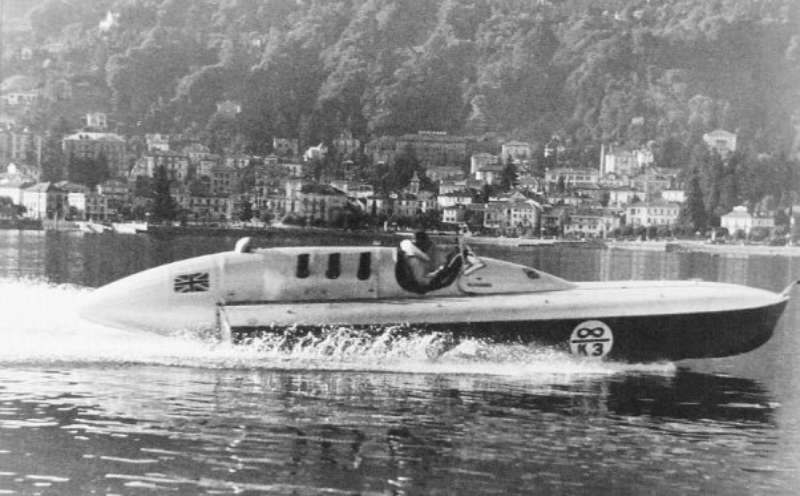 A SURVIVOR from the Great War and a colourful but unhurried Royal spectacle will be shown their paces when they line up with a World beater at Henley-on-Thames’ Traditional Boat Festival in July.

The late Sir Malcom Campbell’s Bluebird K3 hydroplane powerboat built in 1937 to win back the World Water Speed record from America, may not be breaking records at the three-day Festival on July 20-22.

Maggiore on the Italian-Swiss border early in July, Bluebird will be moving at a much slower pace on the Thames as she is taken along the full Royal Regatta Course by owner Karl Foulkes Halbard.

“She will provide an historic photo-opportunity alongside the colourful spectacle of the Royal row-barge Gloriana- at 92 feet the longest ever built,” said Festival co-chairman Lady Judy McAlpine. “We will also be welcoming one of only a few World War I Royal Navy vessels still afloat.”

Coastal Forces Motor Boat No 9 is thought to be the only surviving WWI torpedo boat – and she will line up with the Heroes of Dunkirk, the fleet of “Little Ships” that sailed across the English Channel to help with the evacuation of Dunkirk during world War II.

Other special attractions include a Victorian passenger steamer – Alaska, the oldest still in regular service – and there will be the annual illuminated parade when traditional boats illuminated with thousands of lights sail into Henley on the Saturday night.

From Friday midday until Sunday evening the popular Trad Boat Festival will take place at Fawley Meadows, opposite the Regatta Enclosures.

Established in 1978 to encourage the restoration, maintenance and use of traditionally built craft, the Festival has Olympic medallist Sir Steve Redgrave as Patron. He said: “The Festival is growing in popularity every year, incorporating the traditional values of many trades and crafts as well as providing a fun weekend for all the family.”

We are almost in the centre of Henley and there will be masses of free parking – and you can camp on site (pre-book). It really is a very special family inclusive event. With local “pop and Jazz groups every night” Using a motor sport analogy: if the Regatta is “The Festival of Speed” then the TRAD is “The Revival Meeting”.  We want the world to know, to come and play, even to dress the part!