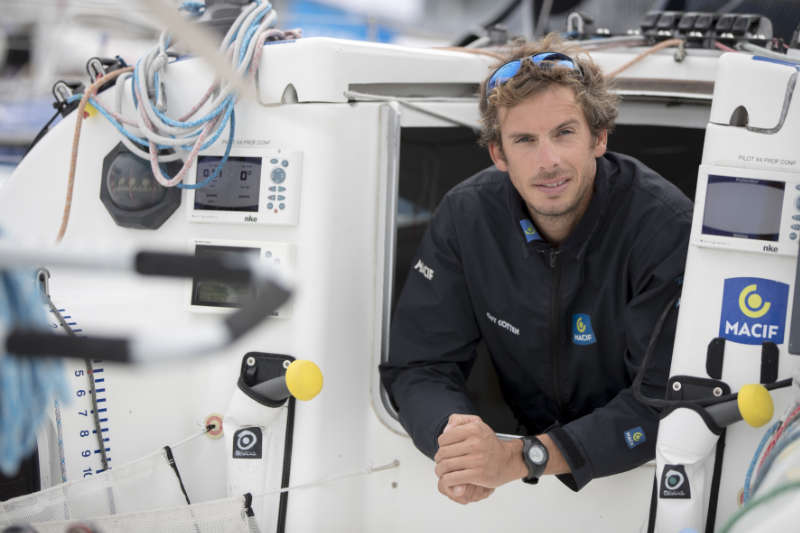 When La Solitaire URGO Le Figaro starts at 1300hrs Sunday this 49th edition of the legendary French solo multi stage offshore race will be the first time since 1993 that there will be no previous winners among the 36 entries. The race is as open as it ever has been. There is no shortage of skippers with all the right skills and the required hardware to win the four stage race, the last to be contested in the Beneteau Figaro 2, due to finish in Saint Gilles Croix de Vie, home of Beneteau, on 14th September.

To most of the seasoned Solitaire observers there are three solo skippers who, on paper, stand out among the favourites, Sebastien Simon, Charlie Dalin and Alexis Loison.
Simon and Dalin both have the additional motivation that they are likely to turn the page – perhaps only temporarily – on their successful Figaro careers. They have IMOCA 60s in build for the next Vendée Globe and will turn their full focus in that direction.

“I want to finish things well, this is my last race under the colors of Skipper Macif, my last Solitaire at least for probably several years, I start knowing I have had four consecutive podium but I am still missing the most important, top, step”, says Charlie Dalin, who is discrete on the topic of his pre-season races, but he is particularly confident in that he starts from his home, Le Havre.
Sébastien Simon, second in March in the Solo Maitre CoQ and in June the winner of the Le Havre All Mer Cup was third in the prologue on Wednesday. The skipper of Bretagne CMB Performance says “The Solitaire is really the event that I have been working for and waiting for since January. I have complete faith in winning. I so want to see all the work I have been doing since 2014 paying off. And that would be the best way to complete my adventures in the Bénéteau Figaro 2 “.

But many do think that Alexis Loison (Custo Pol) is the man in the best form at the moment. Fifth in the Transat AG2R La Mondiale, Loison is winner of the Solo Maitre CoQ and also the Solo Normandie, he was second in the Solo Concarneau and runner up also in the Le Havre All Mer Cup. He says “It is true that this is a bit of a crazy pre-season, it’s difficult to have imagined it go any better and I am almost surprised to have had such a high level of consistency. I must capitalize on these successes, and use them to best effect. But I reckon we are all about even, about equal and there are more than just three favourites. “says the Loison from Cherbourg.
Pretty much at the same level as these top three are those with huge Figaro experien’ce, the 36 boat fleet’s ‘dean’ Thierry Chabagny (Gedimat) with 16 participations, Erwan Tabarly (Armor-Lux) with 15 participations including four places in the Top 5, also Xavier Macaire (SNEF Group), second in 2013, third in 2015, and Anthony Marchand (Royer-Secours Populaire Group).
“I have never been so ready and serene about my choices before a Solitaire, I hope that it will bear fruit,” says Marchand who has prepared with famous Figaro champion Nicolas Lunven, along with Gildas Mahé, who, with the support of Breizh Cola, has been able to really prepare well.

“Inevitably, there is a little more pressure, but there is also it is all a little easier preparation, I know I have everything I need to make a good result,” explains Brest’s Mahé, fifth in 2017 and who sailed and worked with with Nicolas Troussel, especially on the last Transat AG2R, finishing in third place.

As for Thierry Chabagny, he relies on his experience to try to return to the podium where he last was in 2006:
“I am on it, ready to fight, this is the last of Figaro 2, I know the boat well, it’s been fifteen years that I’ve sail on it and it comes so naturally. This is my last with my partner Gedimat who I’ve been with for eight years and a podium finish would be a great parting gift.”

Briton Alan Robert (Seacat Services) sits well in the group of sailors capable of a top five overall and a maybe a podium finish on a leg. The past multiple GBR dinghy champion was ninth in 2015 in just his second ever La Solitaire and is in shape to improve on that result:
“ Right now deciding whether the priority is to get one or two good stage results or whether you want to get a good La Solitaire. I quite favour the idea of trying to get a good Solitaire. The aim for me in the first two legs is to not lose contact with the top guys.”
“ In the last two years when the top two guys have got away they’ve put a big time differences on the rest of the fleet and it’s pretty much known from there there’s not much chance of finishing in the top fifteen. The aim is very much to not lose the event on the first two legs and then leg three then we can say, ‘okay, now we push’.”

He remembers, “When Richomee won the race in 2016 he said, You’re not going to win the solitaire on leg one but you definitely can lose it. And I’m sticking with that.”