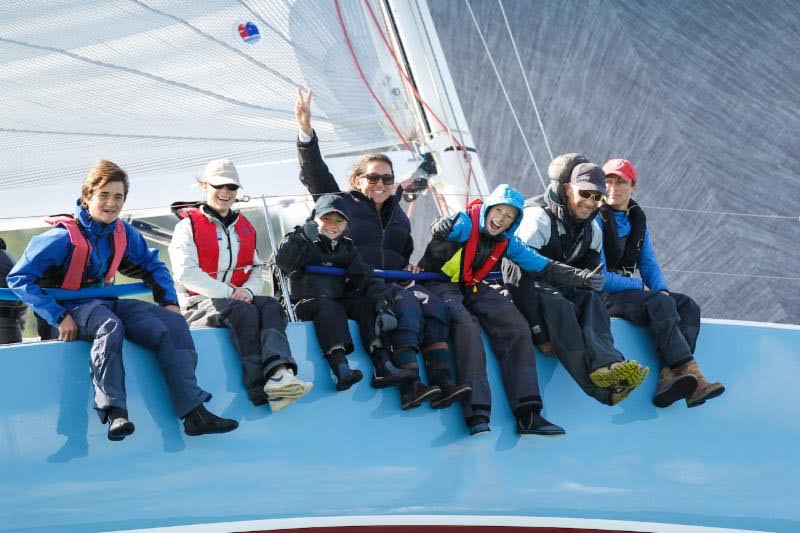 The Round the Island Race: It’s what memories are made of…

The Round the Island Race: It’s what memories are made of…

The Round the Island Race in association with Cloudy Bay delivers everything you expect from a top quality sporting event; exceptional race management, competition, challenge, tactics, fun, excitement, beautiful scenery, the ability for family and friends to track your progress. As a competitor you are part of an iconic and unique sailing experience that doesn’t discriminate and embraces sailors of all abilities as well as spanning a huge age range.

This one-day annual yachting extravaganza with upwards of 1,500 yachts and 12,000 sailors competing, is organised by the Island Sailing Club in Cowes and circumnavigates the 50nm course westabouts around the beautiful coastline of the Isle of Wight.

Race organisers are reporting that entries are coming in steadily and are already at over 600 which is on par with previous years when the race has been held a little later in the Summer, usually owing to tidal conditions. There’s still plenty of time to enter with standard entries open until midnight on 17th June rtir.me/entries.

Adventurers take on the RTI

With Cloudy Bay announced as the Presenting Sponsor, the race includes amongst its entries the Farr 52 Bob, entered as Bob by Cloudy Bay, skippered by Stephen Durkin. Amongst the crew this year is Cloudy Bay Brand Ambassador, adventurer and storyteller, Ben Fogle.

Moving from one famous adventurer to the man who discovered the source of the Nile in Rwanda in 2005 under the most horrendous of circumstances, Neil McGrigor from Lymington in Hampshire.He also has several other high profile expeditions under his belt, usually in a rigid inflatable boat but on 1st July will be racing his J/109 BOO, a 35ft cruiser/racer, with nine members of his family on board aged from 16 years up. Neil explains:

“Most of the crew have never done a race before, let alone the Round the Island Race.  It’s a great opportunity to get the family out together as they mostly believe that it’s all too high powered for the less experienced and generally shy away. We all know that’s not the case and it truly is a race for all as they will find out for themselves. We’re really looking forward to it.”

Getting in a spin

This year’s Round the Island is the maiden voyage for both the yacht Mr Blue Sky, a Hanse 385 and its crew, a mixed bag of guys including a Day Skipper, Coastal Skipper and a Yachtmaster. Also on board they have ex-Gloucestershire & England off spinner, & Chairman of Cricket for The Lords Taveners, Martyn Ball, for his very first taste of yacht racing.

Says skipper Adrian Page from Gloucestershire, “Bally is good friends with all members of the crew, and expressed interest in joining the boat after watching Alex Thomson in the Vendée Globe earlier this year, and feeling the call of the sea grow within him.  We are all set for competing in the ISCRS class, not expecting to be at the front of the pack for the first leg of the race, but will certainly be competing at the bar later, mixing it up with the other crews.”

The Ellen MacArthur Cancer Trust has been bringing young people in recovery from cancer to take part in the Round the Island Race since 2005. It is an incredible spectacle and a real highlight in the Trust’s calendar each year.

Since becoming the Race official charity in 2007, over £266,000 has been raised, enabling over 470 young people who are recovering from cancer to rebuild their confidence through sailing with the Trust. This year the Trust is entering four yachts and providing 28 young people the opportunity to challenge themselves in a safe and supportive environment.