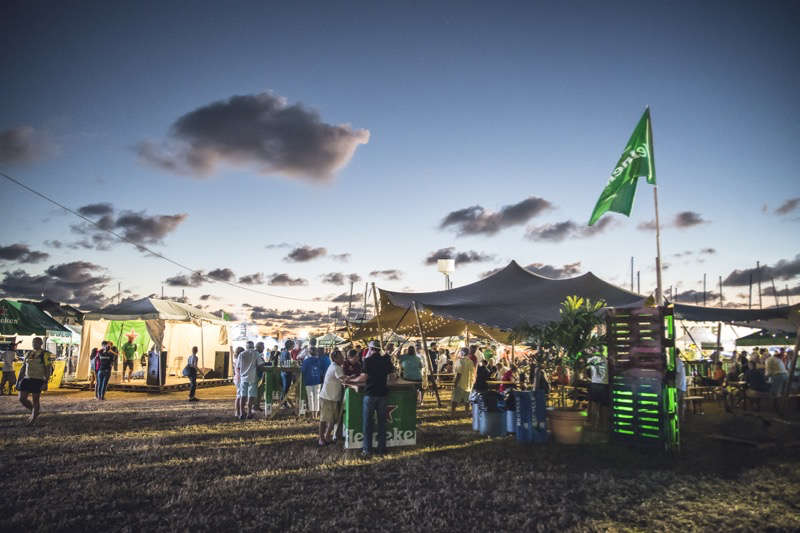 The 38th St. Maarten Heineken Regatta wrapped up on Sunday, March 4 with hundreds of sailors gathering at the event’s “Regatta Village” at Princess Port de Plaisance in St. Maarten to celebrate victors in the event’s 16 classes. Ever since Hurricane Irma hit the Caribbean island of St. Maarten this past September, the support from the yachting community has poured in, and the regatta welcomed an international fleet of 100 boats for four days of spectacular racing on the crystal-clear waters of the Northeast Caribbean Sea. With another epic event in the history books, organizers announced that the St. Maarten Heineken Regatta’s 39th edition has been scheduled for February 28 – March 3, 2019.

“This regatta is massive for the island of St. Maarten, and it shows that the yachting world is leading the recovery by holding these events,” said Race Director Paul Miller. “One hundred boats brings in close to 4,000 people, and that’s 2,000 hotel rooms, 16,000 dinners. It all adds up and is a huge boom to the island’s economy, the event was a success and although the conditions were unexpected – from the wind direction (mostly westerly), its strength (uncustomary light), and the swells (challenging) – that didn’t change the fact that we put on some great racing. On Sunday, I realized that we hadn’t run a great regatta by overcoming adversity; we had simply run a great regatta. It’s not a matter that we did it despite Irma; we just did it.”

The turnout of teams was impressive. They represented some 25 countries and participated in four days of stellar competition. Every day, racing concluded off Simpson Bay and boats were greeted with cheers and champagne spray from fans at the St. Maarten Yacht Club as they paraded to Simpson Bay Lagoon by way of the famed Simpson Bay Bridge opening. From there, the sailors headed shoreside to top off their “Serious Racing” with some “Serious Fun” that included a series of concerts and performances culminating on Sunday with a performance by Grammy Award winning musician Shaggy.

“Six months later, to be where we are today…I’m really proud of it, and I really appreciate all of the international support we got,” said Chris Marshall, Commodore of the regatta host Sint Maarten Yacht Club who raced his Melges 24 Gill Race Team in the event. “We went through a devastating storm, and what I can remember most was two days after the storm a few of the committee members sat together and had a meeting to figure out what to do next. We had to rebuild this, and we needed to make this event happen again. The rest just fell into place.”

Already many teams have committed to competing again in 2019, including all three of the Volvo Ocean Racers and the eleven boats racing in the regatta’s highly competitive fleet of 40-foot racer cruisers.

“This is the first regatta that we do each year, and it’s a great opportunity to get our season started,” said Pawel Gorski, founder of Yacht Club Sopot, which raced the VOR 70 Monster Project. “We love the event, the regatta, the weather, the food. It’s just a great pleasure to come every year. We look forward to racing again next year.”