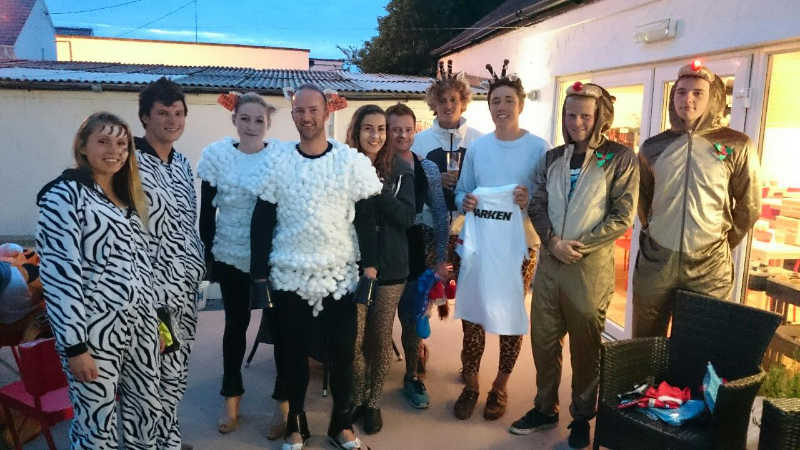 With just over 3 weeks to go before the start of the sell-out Volvo Noble Marine RS200 National Championship at Tenby SC, the class association have asked the fleet to decide whether they would like the SI’s or the Magnificent Social Programme to be published this weekend.

“We know that the RS200 fleet is famous for its full-on, but inclusive social scene, and deciding what to wear for the Monstrous Fancy Dress Night, this year with Under the Sea theme, can be as important as choosing what kit to pack for the sailing”, said Sally Campbell, class secretary, “but we also know that the fleet and particularly the big events such as the Nationals and Inland/Youth Champs attract some of the best dinghy sailors in the country, with fiercely competitive racing at all levels, so we’re expecting it to be a tough call as to which gets the class vote.”

Of course in reality the fleet caters for both excellent sailing and serious socialising.  Racing starts at a leisurely 1pm on all but the first day, timed to suit the tides, but also to allow adequate R&R after the night before.  The event runs from Sunday to Thursday, allowing plenty of time to arrive, catch up with friends and get ready, plus an extra day or weekend  at the end to rest and enjoy the Pembrokeshire coastline with friends or family.

Sailors will be casting their voted on facebook over the next 48 hours, and the winning document will be published soon after the vote ends, so we won’t spoil it by revealing too many details now.

The Volvo Noble Marine RS200 National Championship at Tenby SC 26th-31st August reached the 100 boat entry limit in record time.  Not everyone entered has yet paid and the class have set up a waiting list for sailors wishing to take part.  To be added to the list please enter the event via the class association website, but do not pay until you have been offered a place