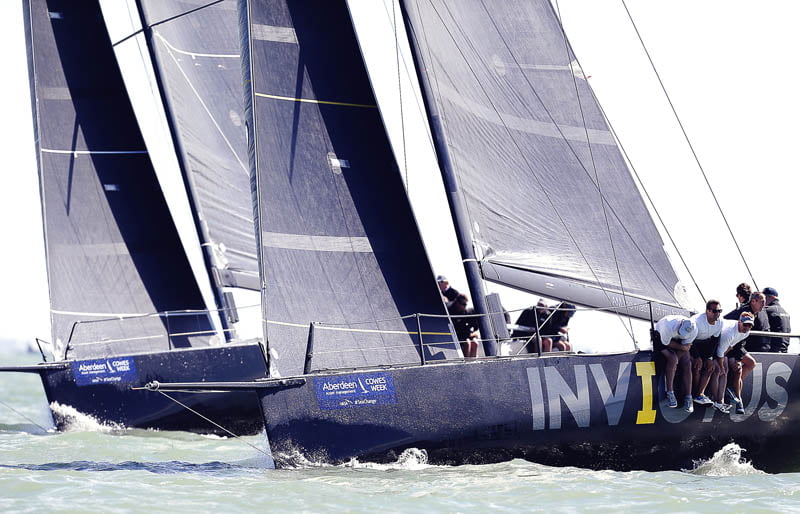 Ever since its inception in 1826 Cowes Week has been a highlight in the annual calendar for large, well-funded race boats. With the new Fast 40+ class choosing the regatta as one of its five core events for its first season, this year’s event promises intense and exciting competition at this level.

The class encompasses 14 very light displacement high-performance yachts, with IRC ratings in a narrow band between 1.210 and 1.270, chosen to deliver fast and close inshore racing. Owners and crew are invariably very experienced and fiercely competitive sailors who have collectively won a huge number of prestigious events at the highest level of the sport.

The fleet includes a pair of Carkeek 40 MKIIs, three Ker 40+, five GP42s, one highly optimised Ker 40 and an HH42. A strict owner/driver rule, with only five professional sailors allowed in the 11-strong crew, ensures that the skill of the owners is a vital part of each boat’s success.

Given that the fleet has a number of different designs, how closely matched will the racing be? “There’s nothing in it – most of the boats are only 10 points apart on rating, so it will be virtual one design racing,” says class president Rob Greenhalgh, who sails on Sir Keith Mills’ Ker 40+ Invictus as tactician.

“Everyone in the fleet has a good shot at winning races – and Cowes Week is the third event in the season, so we should all be up to speed by then. The three Ker 40+ are all closely matched and the GP42s Tokoloshe and Zephyr always give us a hard time, Antix is always very well sailed and Peter ‘Morty’ Morton’s new Carkeek 40 Girls on Film will be fast.”

The class has opted for standard Cowes Week racing in Black Group, with the same mix of committee boat and fixed line starts as the other classes. “Cowes Week is always a fantastic event,” says Greenhalgh. “The racing is hugely challenging both strategically and tactically, plus it’s a long event, which is all part of the appeal. It tests all elements – you have to be fully up to speed on the weather, tides, boat speed and so on – it’s much more testing than the windward-leeward racing that we all normally do.”

This year’s Cowes Week takes place from August 6-13 – you can enter here: aamcw.co/yourentry