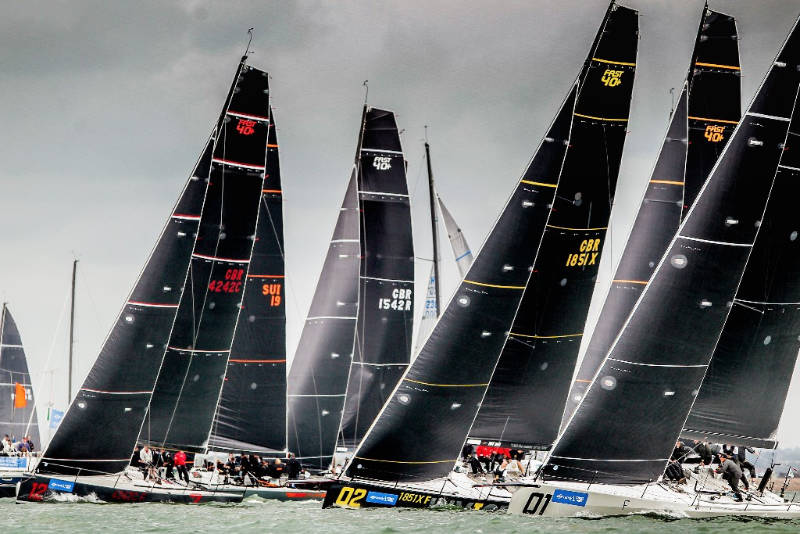 Dutch Delight on Day One of Lendy Cowes Week

Dutch Delight on Day One of Lendy Cowes Week

Hitchhiker’s Boat Captain, Rogier van Overveld, spoke about the Dutch team’s win. “This is the first regatta with our new rig, since our previous rig was damaged in a winter storm. We got off the line well, and stayed in the pack, we were not trying anything too crazy, just relying on our speed. Our tactics were very good, and we got lucky towards the end of the race. Girls on Film had a big lead but they ran out of breeze, and we got the fresh pressure first, to catch, and then pass them. We are delighted with the win, but this is a long week.”

Steve Cowie’s Scottish team, racing the Botin/Carkeek designed Zephyr, was second. Sir Keith Mills British Ker40+ Invictus was third, less than a minute ahead of Stewart Whitehead’s British Carkeek MkIII Rebellion. Driving rain may not of stopped play, but the wind speed and direction was all over the place, causing several changes in the lead during the 26 mile race.

“Coming from Scotland we are used to this sort of weather!” commented Steve Cowie, owner of FAST40+ Zephyr. “We got a great start and our speed was much improved. Budgie (Ian Budgen) made some great tactical calls and everything just went right for us today, and the team worked really hard. We have been getting some coaching from Dave Howlett, prior to Cowes Week, and that has improved our performance – what a fantastic start to the week.”