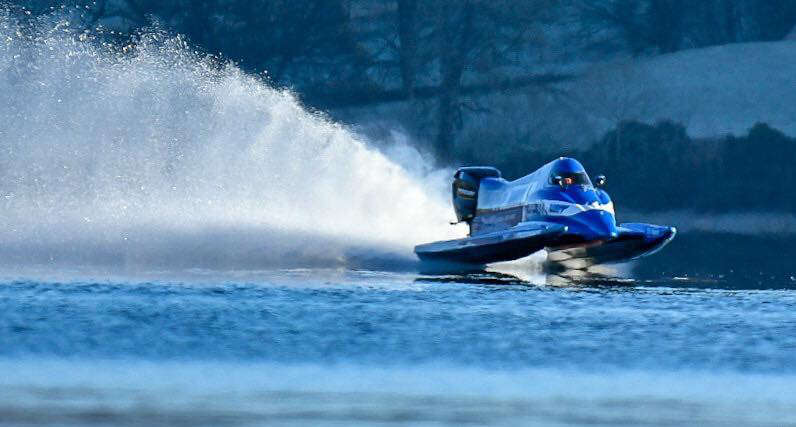 Powerboat Racer Ben Jelf (18, Kent) this week has made the long journey to the Lake District for the 48th Annual Powerboat Records Week which will take place from Monday 29th October to 2nd November 2018 on Coniston Water.

As proceedings got underway this morning conditions were near perfect and on Ben’s first run of the week saw him Establish the British RYA Supercat speed Record at 101.26mph.

Knowing that there was still more speed to gain from the boat and with near perfect conditions Ben took back to the water to increase his record even further and with just his second run of the week smashed his previous record increasing his speed to 115.28mph.

On his fantastic achievement Ben had this to say “I’ve been coming to Coniston to break records over the past seven years now. I met Donald Campbell’s daughter Gina when I broke my first World Record at the age of 11. Since that day my aim has been to break that 100mph barrier and to do it at the spiritual home of Speed Records on water, where Donald lost his life in pursuit of his dream, means so much to me!”

“It’s not easy to break that 100mph I’ve had to wait until I was 18 and allowed into a boat capable of the speeds required. It’s been a great achievement for the team and who know’s there may be more speed to find later in the week.”