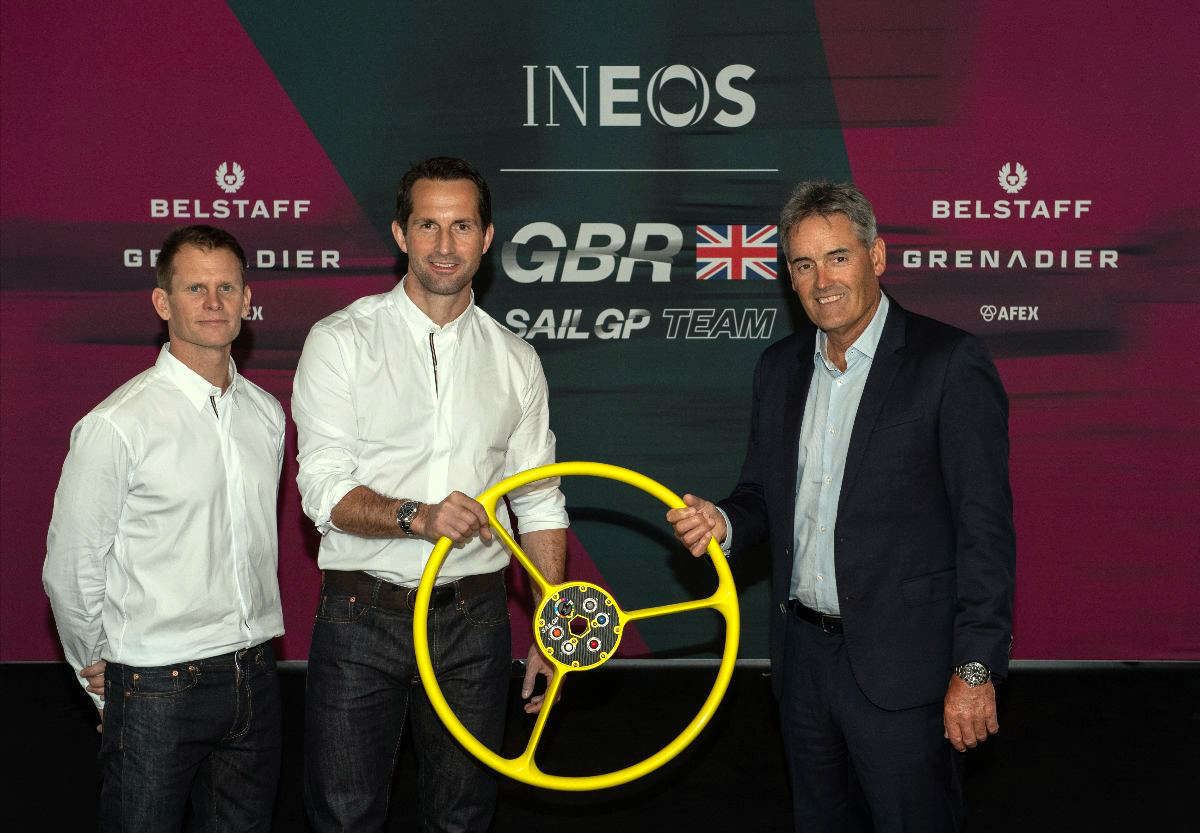 INEOS joins as Presenting Partner, alongside Belstaff, Grenadier and AFEX, which serve as Supporting Partners of the new-look Great Britain SailGP Team

Ben Ainslie – the most successful Olympic sailor of all time – today joined the Great Britain SailGP Team. Beginning in the global league’s second season kicking off in February 2020, Ainslie and a world-class squad of athletes will represent Great Britain in SailGP – sailing’s newest and fastest championship that boasts the sport’s largest monetary prize of US$1 million.

Ainslie’s SailGP team will be fully announced early next year, utilizing a combination of athletes from INEOS TEAM UK – the British challenger for the America’s Cup – and existing members of the Great Britain SailGP Team. The crew will pilot the revolutionary F50, which this year eclipsed the 50-knot speed barrier for the first time ever in sail racing, against at least five other national teams beginning in Sydney on February 28-29.

Ainslie is the most successful sailor in Olympic history, having competed and won medals – including four golds – at five consecutive Olympic Games (1996-2012). Following a win in the America’s Cup with ORACLE TEAM USA in 2013, Ainslie formed his own team for the 2017 edition, and is now leading INEOS TEAM UK’s bid to win the 36th America’s Cup, which will take place in New Zealand in 2021.

“We couldn’t be more pleased to have one of the most successful Olympic athletes of all time – across any sport – join our global championship,” said SailGP CEO Sir Russell Coutts. “With crucial support from INEOS, Sir Ben Ainslie and the Great Britain SailGP Team will be contenders from day one and will create even more thrilling competition across our growing league.”

“SailGP has proven itself as one of the most exciting sailing leagues, with top level competition and racing in iconic venues across the world,” said Ainslie. “The cutting-edge technology, speed and athletic requirements of the championship will provide a great sporting challenge. The Great Britain SailGP Team had a fantastic first season, and we’re excited to be part of this journey as the league continues to grow.”

“The desire for INEOS and Ben Ainslie – alongside Belstaff, Grenadier and AFEX – to be part of SailGP is further testament to the commercial viability of our platform,” said Coutts of the league, which saw a total global TV audience of 256 million in its first season of operation.

INEOS, one of the world’s largest manufacturing companies, partnered with Ainslie in April 2018 to form INEOS TEAM UK. INEOS uses its world-class technologies and manufacturing know-how in supporting some of the world’s best athletes across sailing, cycling, athletics and football/soccer. The INEOS Sports Group has had a highly successful six months, with Team INEOS placing first and second in the 2019 Tour de France and Eliud Kipchoge making history in the INEOS 1:59 Challenge in October, as the Kenyan became the first person to run a sub-2 hour marathon, proving ‘No Human is Limited.’

“We’re proud to partner the Great Britain SailGP Team – and help the team better manage its currency exposures,” said Wayne Mitchell, managing director ot AFEX, which comes on as both a partner and service provider to the team. “As part of our deep commitment to innovation and excellence, we support sport around the world, and share the values of discipline and excellence that top athletes and teams embody.”

SailGP Season 2 premiers in Sydney (February 28-29), before returning to the U.S. for events in San Francisco (May 2-3) and New York (June 12-13). Cowes on the Isle of Wight in the UK was recently announced as the first European event of Season 2, returning August 14-15, 2020, after a hugely successful event during the championship’s inaugural year. The remainder of the Season 2 schedule will be announced in the coming months.

The British team finished the inaugural SailGP year in fourth, behind podium finishers Australia, Japan and China, and ahead of France and the United States.