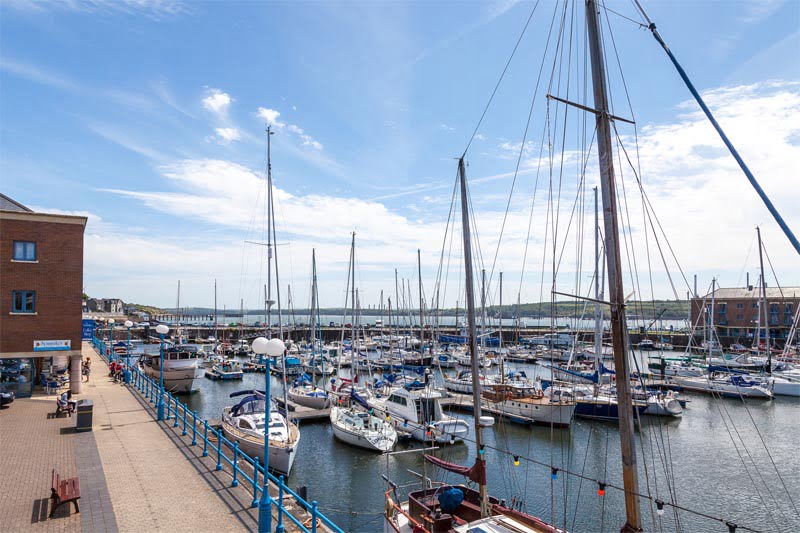 Milford Marina, the only marina in West Wales to be awarded 4 Gold Anchors by The Yacht Harbour Association, has announced that it will be celebrating its 25th anniversary during the forthcoming 2016 season. The marina has grown in popularity in recent years due to its proximity to the magnificent cruising waters of the Milford Haven Waterway and the commencement of an extensive investment programme by the Port of Milford Haven to improve customer experience.

The first phase of a major, multi-million pound redevelopment of the area around Milford Marina began with a £6m investment in new lock gates to speed up access for yachts and fishing vessels. Installation of the new lock gates formed part of Visit Wales’ Coastal Tourism project, partly funded by the European Regional Development Fund through the Welsh Government, to encourage tourism along the Welsh coastline.

The Port of Milford Haven, which owns and operates Milford Marina, is planning further investment later this year to attract new shops, homes and businesses into the area. The marina improvements are part of an overall strategy to make Milford Haven and Pembrokeshire’s unrivalled coastal waters the marine leisure hub for West Wales.

Since opening, Milford Marina has gone from strength to strength, expanding from the original 225 berths to the current 320 berths. The marina welcomes permanent and visiting yachts up to 16 metres, together with related services and lift out facilities, and there are lots of exciting events planned to celebrate its 25th anniversary.

Commenting on the 25th anniversary, Natalie Britton, Director of Operations for Pembroke Port and Milford Docks said: “We are very lucky to have 22 miles of outstanding, sheltered cruising waters on our doorstep. Being next to the only Coastal National Park in the UK makes our marina quite exceptional and perfect for yachtsmen seeking breath-taking scenery from a base that has great facilities and good quality amenities. We are confident that the ongoing improvements to facilities and services at Milford Marina will provide a major advantage to our many permanent berth holders and allow us to welcome an even greater number of boat owners during 2016.”

The marina was established in 1991 within the original fishing harbour upon which the town of Milford Haven was founded. Today the area remains steeped in maritime history which can be traced back to Viking times.