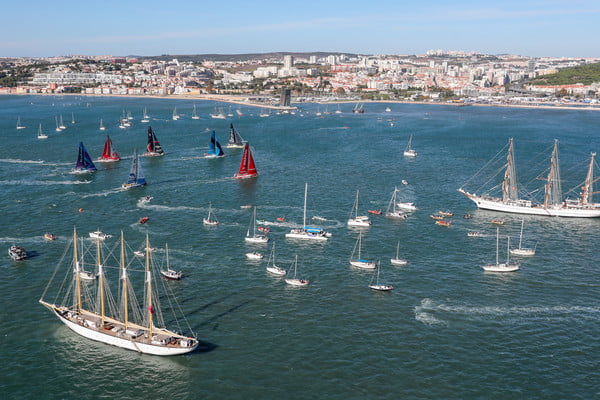 Vesper Marine, a leading manufacturer of innovative marine safety products, and Volvo Ocean Race, one of sailing’s biggest events and the ultimate human adventure, has announced that Vesper Marine’s Guardian AIS system has been selected by the race organizers for the In-Port Races of the Volvo Ocean Race.

After Vesper Marine successfully implemented a course perimeter system for spectators at the last two America’s Cup competitions in San Francisco in 2013 and Bermuda in 2017, Volvo Ocean Race organizers approached the company for the same technology to manage their In-Port Races.

“We were delighted when Volvo Ocean Race organizers came to us,” said Jeff Robbins, CEO of Vesper Marine. “From our experience with the America’s Cup, we know that this solution makes viewing and managing the In-Port Races a whole lot safer. Our virtual AIS system cautions spectator boats, as well as race official boats of the racecourse boundaries, helping them keep the course clear and improve safety. In addition to the In-Port Races and as an extra safety measure, the solution is being used for the start and finish of each transoceanic leg.”

Competitors in the Volvo Ocean Race travel 45,000 nautical miles around the world, touching six continents and stopping in 12 landmark cities. The In-Port Races are short, action-packed events used as tie-breakers in the final points tally. Scheduled in the Host Cities, they have a huge spectator draw, from sailing enthusiasts to the local population – as each of the Host Cities has a rich sailing tradition.

“We are always on the lookout for innovative solutions to make our race safer and more efficient. This exciting new partnership established with Vesper Marine will allow fans around the world to enjoy the In-Port Races from one of the best spectator seats in the house – on the water,” said Gonzalo Infante, Race Control Manager at Volvo Ocean Race.

Vesper Marine’s Guardian Virtual AIS system is being used to address safety concerns for the large number of on-water spectators during the In-Port Races. Establishing a virtual perimeter around the course, the Guardian Virtual AIS stations broadcast information to spectator and race official boats using AIS frequencies – painting the course on their navigation systems. As a result, spectator and official vessels can quickly and easily see their own positions relative to the course boundaries on their navigation displays, to ensure they are safely outside the course at all times. In addition, the Guardian cloud software will be used to continuously monitor vessel positions and proactively send both the vessel and the Volvo Ocean Race organizers an alert if a hazardous situation develops. The virtual marks can be configured remotely to change with conditions and the Guardian system can be easily moved to each host city using the same hardware and cloud based software.