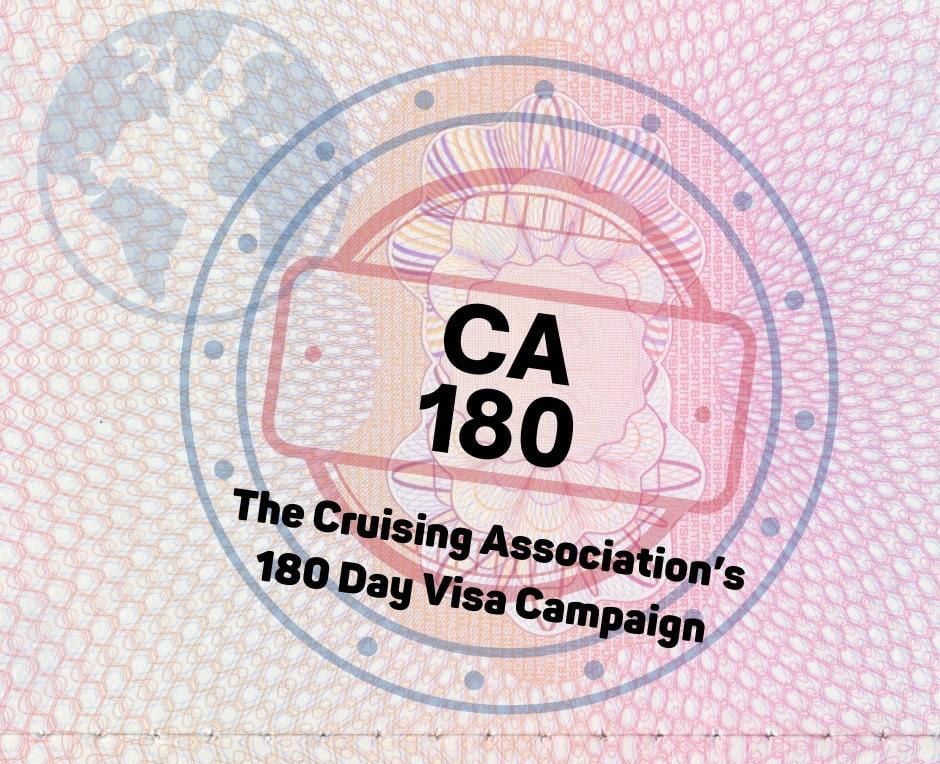 The CA has today launched its campaign to reduce the impact of Brexit on British small boat cruisers who have traditionally explored the coasts and inland waterways of Europe in sailing and motor boats.

There’s a particular focus on the Netherlands, Greece, Spain and Portugal where the CA is lobbying for a 180-day cruising visa separate from the Schengen 90-day visa. The CA is also exploring opportunities for a simplified application process to the existing long-term tourist visas available for France and Sweden.

Along with other groups such as second home owners, professional musicians, academics, etc. the CA has previously tried to engage with MPs and Ministers on this issue but, thus far, and with the COVID pandemic taking priority, there has been little will to address the 90/180 problem in the corridors of Westminster.

EU rules allow individual EU countries to issue long-term visas and a recent report that the Government is now considering addressing the problems for professional musicians is encouraging. The CA is making the case that any solution should also cover sailing and motorboat cruising.

In a well-crafted letter from the CA’s Patron, Sir Robin Knox-Johnston, addressed to The Rt Hon Oliver Dowden CBE MP, Secretary of State, Department of Digital, Culture, Media and Sport, Sir Robin puts forward the CA’s argument that the Schengen 90 days in 180 limit, that now applies to UK citizens, will cause severe difficulties and is unfair.

“We are delighted to welcome visiting EU yachtsmen but we want equality. This is not what we expected from Brexit. It is unfair and resented and it particularly effects the 30,000 British sailors who currently keep their boats within EU waters.”

Sir Robin signs off with this request:

“Could I ask on behalf of all British sailors that whilst seeking to resolve the difficulties now facing touring musicians, your working group also recognises the needs of amateur sportsmen and specifically our small boat sailors voyaging on Schengen’s waters, for whom the 90-day limitation is an existential threat to our maritime culture.”

“Whilst we can’t be certain that this approach will succeed we are also directly approaching key cruising countries to seek 180-day cruising visas for members.

“In parallel, our members will contact marinas, harbour authorities and marine service businesses requesting that they speak directly to their local politicians on the CA’s behalf.”

Each EU member country can set its own policy for visas and permits of more than 90 days, hence the CA has its ‘local’ teams working out the best strategy for each country.

For more on this story and to read the full text of Sir Robin’s letter to the Secretary of State, please visit: https://www.theca.org.uk/180-day-campaign