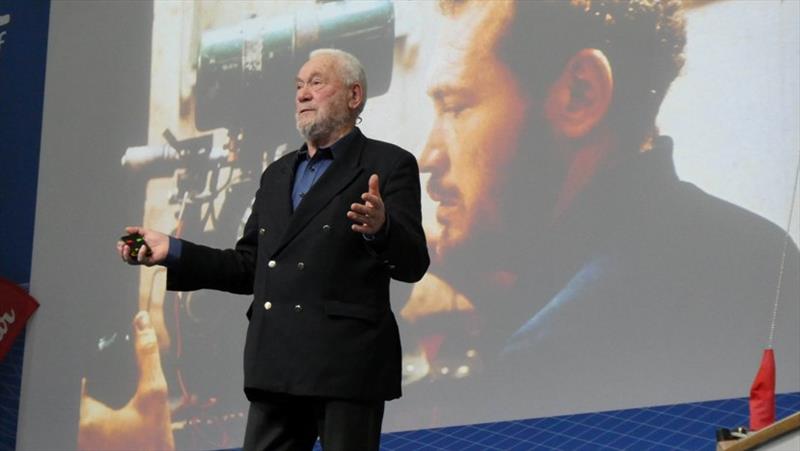 In a letter published in The Times newspaper today, Sir Robin Knox-Johnston, Patron of the Cruising Association (CA), highlights the devastating effect of HMRC’s demands for VAT on boats returning to the UK.

HIs letter is counter-signed by many other sailing ‘names’ including Sir Ben Ainslie, Mike Golding OBE, Pip Hare, Dee Caffari MBE, Libby Purves OBE, Paul Heiney and Bob Shepton, in addition to the President of the CA, Julian Dussek.

The text of Sir Robin’s letter is as follows:

“The freedom for yachtsmen and women to sail from the United Kingdom and return a few years later has been struck a deadly blow by Her Majesty’s Revenue and Customs (HMRC).

“As recently as April 2019 HMRC had said that the status quo (i.e. no further VAT would be due on returning British registered pleasure craft which had already paid VAT) would persist after we left the European Union. However in late 2020 HMRC changed their ruling and stated that all British boats that had been out of the UK for three years or more will have to pay VAT again if they return to the UK.

“An eighteen month period of grace within which pleasure craft can return without incurring VAT dues has been granted, but that might be insufficient for yachts that are as far away as Australia. No privately owned boats can now leave the UK for more than three years without having to pay VAT a second time on their return.

“Boats (private pleasure craft) are subject to VAT regulations on “Goods” by HMRC. We are asking the Government to add British Registered pleasure craft, on which VAT has already been paid, to the list of exceptions to VAT demands on returned goods in order that British sailors can continue to enjoy the centuries-old practice of extended cruising abroad.”

The CA’s President, Julian Dussek, was also interviewed by The Times about the issues faced by so many of the association’s members. Mr Dussek told the reporter that:

“HMRC changed their tune from previously stating that when we left the European Union it would be status quo regarding VAT and they suddenly changed the rules at the end of last year.

“The three major changes are:
1. Any boats that had been in the UK and were now abroad would have to be back within three years from 2017 to avoid paying the VAT a second time, initially by the end of the year, rapidly changed to the end of 2021 and, because of Covid, changed to June 2022. Backdating the departure date to 2017 was a totally unreasonable demand.

2. HMRC would not recognise boats in the EU which were fully VAT paid while we were in the EU with the consequence that they cannot now return to the UK without having to pay VAT again.

3. It is now impossible to sail away from the UK for more than three years and return without having to pay VAT for a second time.”

Julian Dussek discussed how many boats this might affect stating that up to 30,000 UK-owned boats in the EU would be affected by these rulings. “We don’t know precisely how many people actually leave the UK each year for extended cruises.”

When asked about the cost of buying a new yacht, Mr Dussek said that a reasonable standard cruising yacht could cost upwards of a £150,000 and that the VAT on returning to the UK later would be considerable because boats don’t necessarily depreciate.