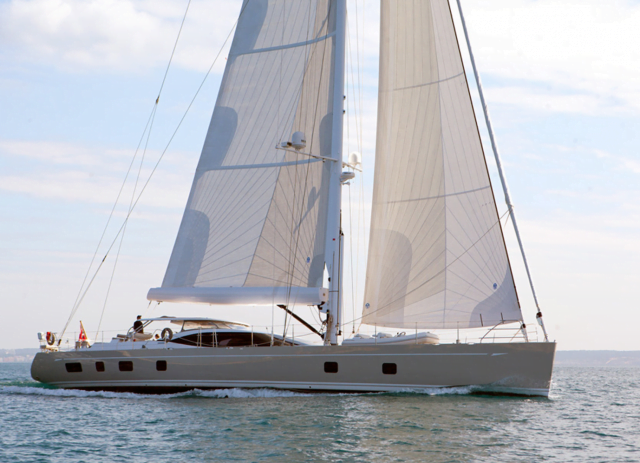 UK software entrepreneur Richard Hadida has been confirmed as the new owner of Oyster.

The sale, to a new company, Richard Hadida Yachting, will secure the employment of the retained staff at Oyster’s Southampton and Wroxham sites.

Mr Hadida has sailed an Oyster yacht for several years and says he has fallen in love with the yachts themselves, the events and the Oyster family.

It was this passion that led to his decision to acquire the business.

“I firmly believe that we must save this prestigious British yacht builder and continue to nurture and grow the Oyster Group for the long term,” he said. “My investment in Oyster is not merely a hobby.”

And he stated that Oyster needs to be a sustainable business with hard, quick decisions made.

It is understood Mr Hadida’s management team intends to re-employ as many of Oyster’s previous workforce as possible and resume yacht production as soon as possible, however many have already found alternative employment, particularly with Discovery Yachts.

Future plans could also see the company start to build smaller yachts, in an attempt to introduce new owners into the Oyster ‘family’.

“We are delighted to have a concluded a sale of the business, ensuring the recommencement of yacht production at the sites in Southampton and Wroxham, together with the opportunities for employment that this will bring,” said Neil Gostelow, partner at KPMG and joint administrator.

Prior to administration, the group had 373 employees.

Richard Hadida Yachting Ltd was incorporated March 16 2018 and is based in Chandler’s Ford near Eastleigh.