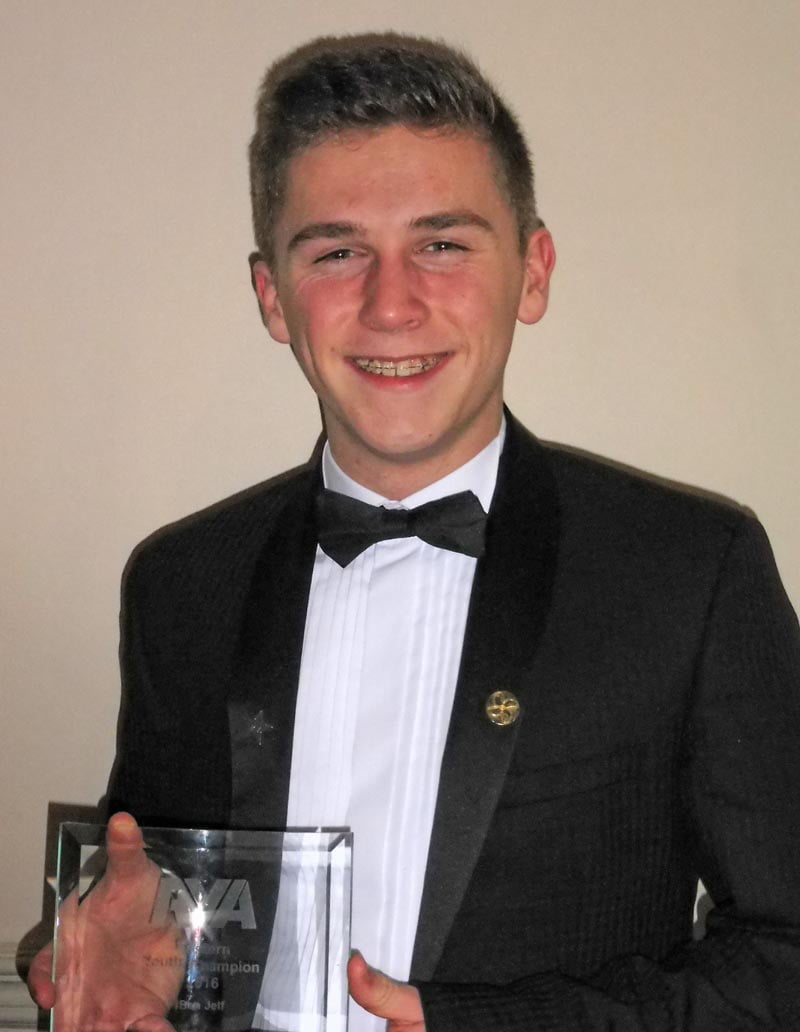 Maidstone’s Ben Jelf (15) was yesterday awarded the RYA Eastern Regional Youth Champion Award for 2015 in a presentation at The RYA Suzuki Dinghy Show at Alexandra Palace.

The Peters & May Racing sponsored driver has been racing Powerboats for five years now and follows in his grandfather, father and uncles footsteps as a successful racer in the sport. Ben is a formidable force on the water and the 2015 Powerboat GP season saw him unbeaten in the GT30 championship.

Ben’s nomination also came following the support he has offered to his fellow team mates throughout the season. In addition to his own racing Ben has acted as pit crew for his father Colin Jelf and has mentored his younger team mates offering them encouragement and advice.

Proud father and team manager Colin Jelf had this to say on his son’s latest accolade “2015 was another successful year for Ben and the whole of the Jelf Racing Team.  Ben has worked hard for the team this year not just for his racing but for the whole team, without his help and dedication it would have been hard to get all the team out on the water and competing in a very busy year.”

He continued “For Ben to have been nominated for the RYA Regional Youth Championship awards is a great honour,  but for him to have won it for the second year running against the caliber of youngsters that the awards attract is a phenomenal achievement and I couldn’t be prouder.”

On winning the award the young Powerboat champion had this to say “I’m extremely privileged to have received the RYA Regional Youth Champion Award for the Eastern region today.  To have been nominated for the award is an honour in itself but to have actually have been chosen to have won from such a high standard of people nominated is fantastic. I’d like to thank all my team, family and sponsors that make it possible for me to race without their support and help it wouldn’t be possible without them. I’d also like to congratulate all the other RYA Regional Youth Champions on their awards today.”