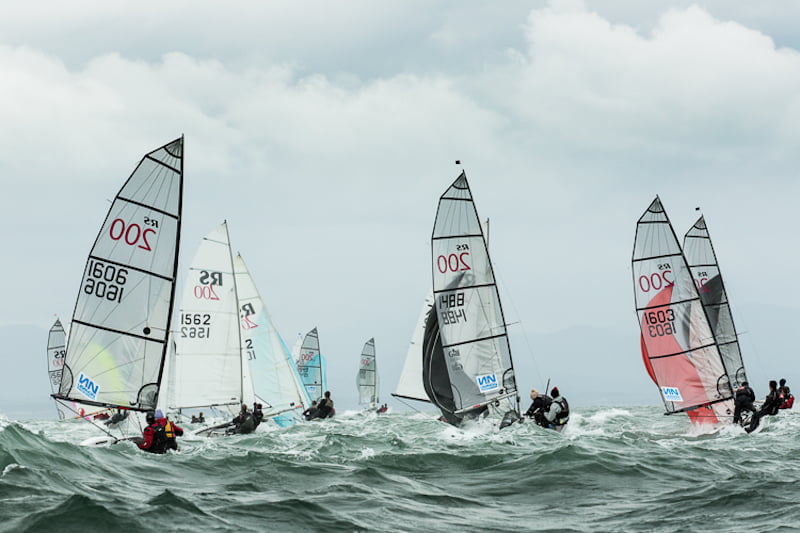 Sun (Maybe), Sea (Waves definitely), Sand(Lots of it) and over 200 Competitors head to Tenby for the Volvo Noble Marine RS200 National Championships.

The excitement is palpable as teams gear up for the 100+ strong RS200 National Championships, hosted by the fabulous Tenby SC.   Competition will be as fierce as always both on the water and on the social scene, with a great racing venue and epic evenings planned.

With less than two weeks to go, a full entry list and more asking to squeeze in, the Volvo Noble Marine RS200 National Championships are set to be one of the best Nationals in the country yet again. There are frankly too many teams with a shot of winning the title to sift through, but we have given it a shot (the top twenty could yet again be pretty close):

The top three boats from each sailing club will compete for the coveted Volvo Noble Marine RS200 Nationals Top Club.  Strong entries have been placed by Parkstone SC, HISC and Itchenor, with Red Wharf Bay looking possible too.

It is 10 years since the RS200s were last at the beautiful Tenby SC, where fantastic waves and great breeze prevailed for the week. This super friendly club is set to welcome the RS200s back for another brilliant week of sea sailing, in a stunning venue (the writer may be biased coming from Wales..) and who knows maybe challenge the next generation of Olympic hopefuls – Luke Patience and Hannah Mills were both at the 2007 Tenby Nationals and the entry list this year certainly has some talented youth sailors too.

See you there! If you’ve missed out this year, make sure you get the date in the diary as next year will be even bigger at the RS GAMES.

Emma Hivey, with thanks to Rob Henderson