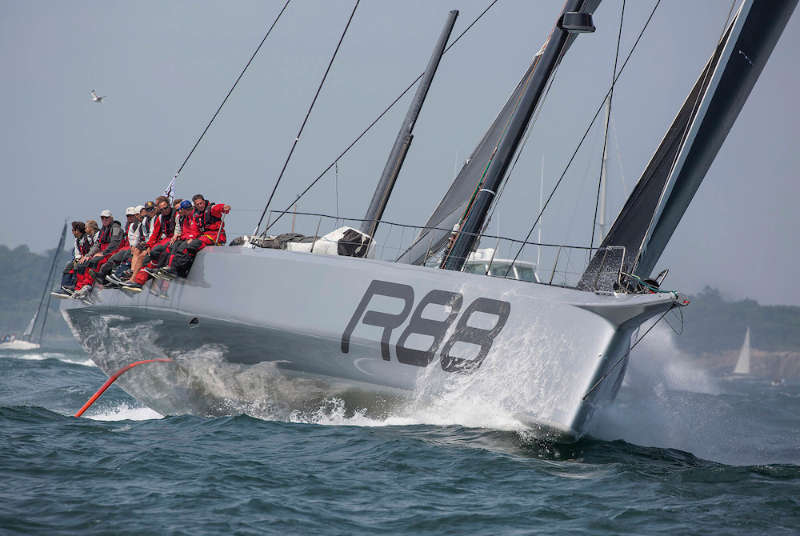 The Atlantic Anniversary Regatta is the first ever regatta series with two Atlantic Ocean races in both directions. Celebrating the 150th anniversary of the Norddeutscher Regatta Verein (NRV), based in Hamburg, Germany. The first part of this extraordinary series was completed in December 2017 with the 2017 RORC Transatlantic Race from Lanzarote to Grenada. The final part of the race series will see the fleet race 3500 nautical miles from Bermuda to Hamburg, starting on 8th July 2018.

For the Bermuda to Hamburg race, George David’s American Maxi Rambler 88, is the hot favourite for line honours.
“The great attraction is to be racing on the ocean for so many days, and we have had good results rewarding our efforts, including two records and three fleet firsts.” Commented George David. “The NRV was the host club for Rambler 90s first transatlantic in 2007, and the club set a high bar for organization and hospitality, and we are confident of the same in 2018. The big challenge is keeping the boat together while still going fast. The best advice I can give newcomers to the race; be totally prepared for anything that may happen and sail safely.”

Over 30 teams have expressed their interest to race from Bermuda to Hamburg, competing for Line Honours and under the IRC, ORC and ORCsy rating systems as well as one design Classes like IMOCA and Class 40. Confirmed entries include top performers from the 2017 RORC Transatlantic Race: Overall winner, Eric de Turckheim’s Teasing Machine. Winner of the ORC Division, Outsider skippered by Dr. Harald Brüning. Winner of IRC One, Hamburgische Verein Seefahrt’s Broader View Hamburg, and winner of the Class40 Division, Mathias Müller von Blumencron’s Red.
For more information, including the Notice of Race and how to enter:www.anniversary-regatta.com