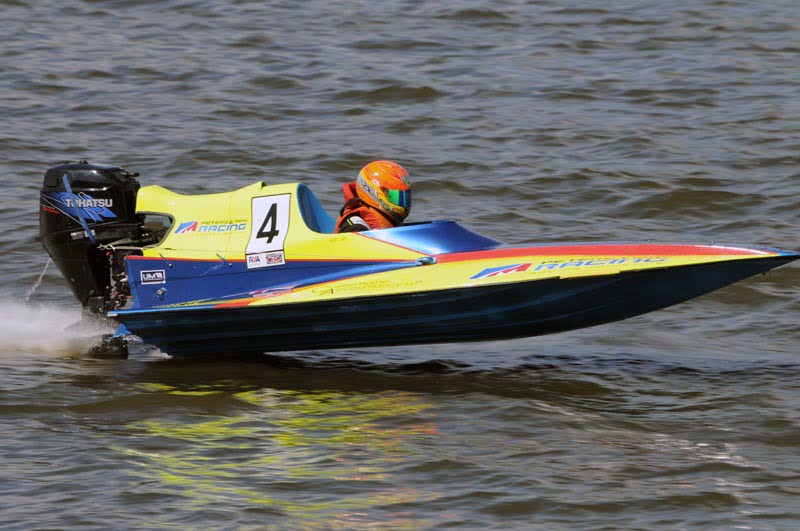 This weekend (28/29 May) saw the Jelf Racing Powerboat Team head to the second round of the Powerboat GP RYA British Championship as they competed in the Lancashire Grand Prix at St Helens.

15 year old Ben Jelf took a break from revising for his GCSEs as he continued his domination in the GT30 class securing pole position the youngster was set to lead the way for the weekend. From pole position he then headed into the heats putting in a commanding performance taking three strong heat wins to secure the 2016 Lancashire Grand Prix and maintain his championship lead. Meanwhile in the F4 class Ben finished 4th continuing to make progress and improving with every turn of the course.

More success for the team came in the form of Lincoln’s Jonathan Brewer in the GT15 class. Jonathan had been disappointed with his results at the Lowestoft Grand Prix and set out to prove himself once more at Lancashire. The youngster focussed on the job ahead and determined to secure the all important pole position. As the results came in Jonathan had done enough to secure pole and team mate George Elmore was in 4th on the grid.

From pole Jonathan got a fantastic start and in clean water put in a flawless performance in all three heats to secure the Lancashire Grand Prix and keep his 2016 British championship dreams alive.

Meanwhile George Elmore put in strong performances in all three heats securing continuing to improve his skills as a racer and took 4th overall.

The silverware for the team didn’t end there as Colin Jelf went head to head with local racer Paul Balfour and the rest of the F2 fleet. Only half a second separated Jelf and Balfour in the qualifying session with Colin having to settle for second on the grid. The fleet got off to a blistering start as the crowds lined the banks in anticipation to see who would be the first boat round the turn mark and as the spray cleared it was Balfour with Jelf right on his tail. Despite piling on the pressure Balfour’s experience of his home course meant Jelf just couldn’t find a way round him and Jelf was forced to settle for second in the Lancashire Grand Prix.

“It’s been another successful weekend for the Jelf Racing Team as always we still have areas we need to improve in but we keep working as a team and we will get there. All the boys drove really well this weekend and we’re all really proud of them, it’s not just remaining focused and concentrating on their driving each one of them works really hard in helping the whole team compete and so our achievements don’t stop with the individual it’s for the whole team.” Comments team manager Colin Jelf

“The team would like to thank Powerboat GP and Lancashire Powerboat Racing Club for a fantastic event, as well as all the other competitors, officials, and safety crews. Thank you to every member of the team for their hard work over the weekend and to our sponsors Peters & May Racing, Castlemaine Accountancy  and Your Print Partner for their continuing support.”

The team now head to the Kingsbury Grand Prix on the 2nd July where they will look to secure more silverware.