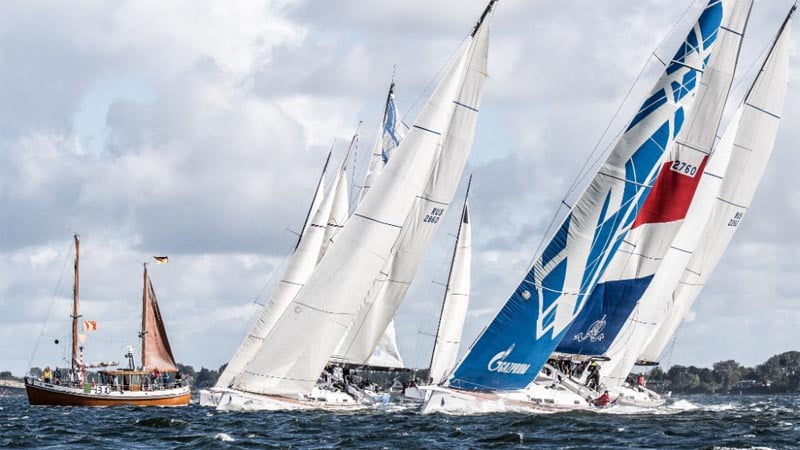 Fast trip across the Baltic in the Nord Stream Race

Fast trip across the Baltic in the Nord Stream Race

The 2015 Nord Stream Race and the final event of the Gazprom Swan 60 circuit is underway.  Perfect conditions in 15 knots and sunshine greeted all the Swan 60 competitors as they set off on 20 September to race 800 nautical miles from Flensburg, Germany to Saint Petersburg, Russia’s maritime capital.

Tsaar Peter won the start followed by Spirit of Europe and continued their lead into the early stages of the race.  The race is predicted to be fast in the favourable winds with an estimate of 3 days 18 hours for the first finishers.  There is even the possibility of the record from 2012 being broken if the pressure increases.

The most experienced Swan 60 team afloat is Bronenosec.  Defending Nord Stream Race champions their crew includes navigator Marc Lagesse an ex-America’s Cup sailor who commented, “Our expectations are based on the experiences from the previous years.  We are hoping for a fast and simple race”.

Spirit of Europe will challenge Broneosec for the title this year.  Under the helm of German yachting royalty, Tim Kröger, the crew is an excellent pedigree with America’s Cup champion, Christian Scherrer and Volvo Ocean Race sailor, Magnus Woxen.  This team has raced together for every Nord Stream Race since 2012 so they have a solid configuration.

Currently the Swan 60s are averaging 10 knots having covered over 250 nautical miles through the night and into the morning hours.  Spirit of Europe leads the pack with Bronenosec hot on their heels, Tsaar Peter is close in 3rd place with Petite Flamme in 4th only boat lengths apart.

The new Spanish skipper onboard Petite Flamme, Juan Calvo Boronat at only 22 years of age is very ambitious, “We are going to experience a fast race and we are determined to be in Saint Petersburg in no more than 4 days”.

The German skipper of SGM, Joachim Brünner has made the decision to pull into Rostock for repairs before they can re-join the race.

The race can be followed best via the race tracker on the event website www.nord-stream-race.com