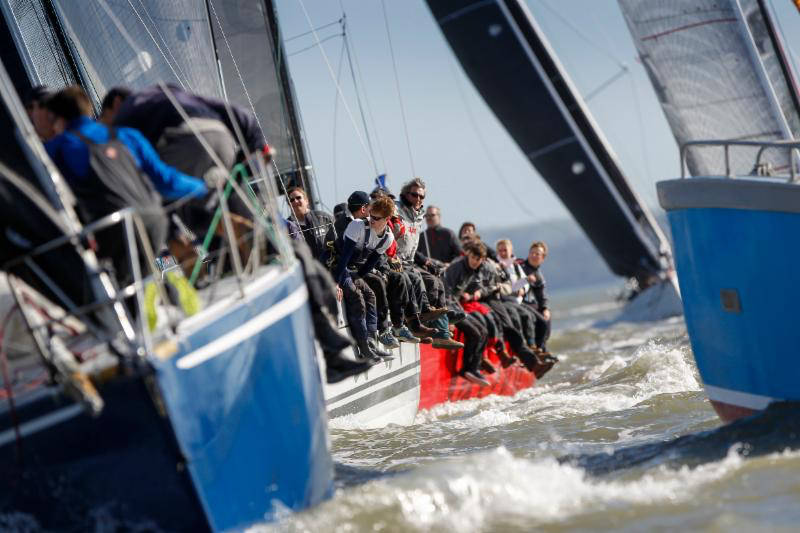 Host 09/01/2018
At midday on Monday 8th January 2018 entry will open for all Royal Ocean Racing Club (RORC) races, including the Season’s Points Championship comprised of 14 races, as well as the highlight of the UK Solent season – the IRC Europeans and Commodores’ Cup.
Competitors entering the IRC Europeans (8-16th June) are invited to form a team of three boats with members of their own yacht club or with boats from their region. Alternatively, contact the RORC Race Team who will provide a list of boats entered, but not yet part of a team.
The biggest contest in the 2018 RORC programme is the Sevenstar Round Britain and Ireland Race on Sunday 12th August. At 1,805 nautical miles, it is three times longer than a Fastnet Race and attracts experienced offshore sailors looking for a serious challenge. Starting and finishing in Cowes, it is on a four-year cycle due to the toughness of the race. Circumnavigating all the islands of the UK, including the most northerly point Muckle Flugga, it negotiates headlands with tidal challenges all around the UK and faces the notorious British weather.
The Royal Ocean Racing Club’s UK domestic season fires up with the Easter Challenge (30th March to 1st April) and offers crews the chance to work on pre-season training and fine-tuning. With the relaxation of RRS41, the highlight of the event is the availability of a selection of experienced coaches on the water to assist with getting back up to speed.
For more information go to: www.rorc.org or contact the RORC Race Team on: +44 (0)1983 295144, Email: [email protected]