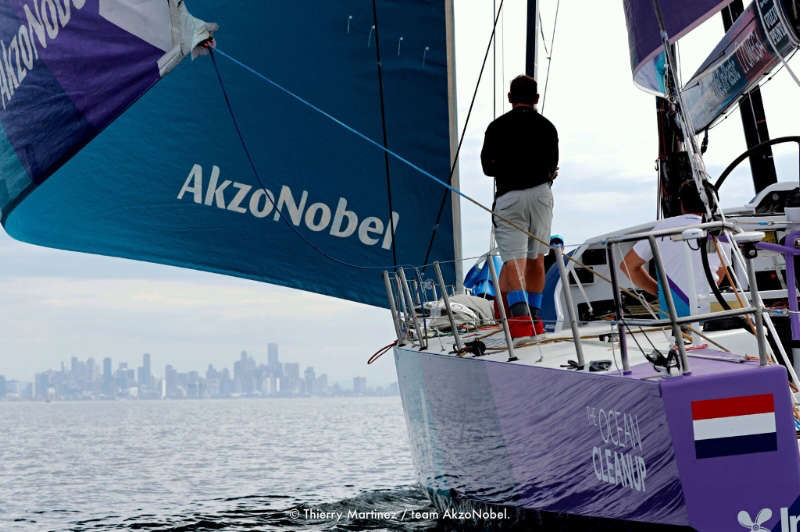 Team AkzoNobel has arrived in Melbourne, Australia at the end of the third leg of the Volvo Ocean Race around the world – a punishing 12,000 nautical-mile passage through the wilds of the Southern Ocean from Cape Town, South Africa.

The international crew of seven men and two women led by Netherlands yachtsman Simeon Tienpont finished the leg in seventh place, well behind the rest of the fleet, after badly damaging the mast and mainsail of their Volvo Ocean 65 racing yacht in strong winds and big seas four days after leaving Cape Town.
The damage occurred when the boat capsized during a “gybe” turn in 45 knots of wind and mountainous waves on December 14 deep in the Southern Ocean close to the Volvo Ocean Race’s Antarctic Ice Exclusion Zone.

The impact of the wipe-out wrenched large sections of the mainsail track off the back face of the mast, broke several of the horizontal carbon battens that help give the sail its aerodynamic shape in the wind, as well as puncturing the mainsail itself in several places.