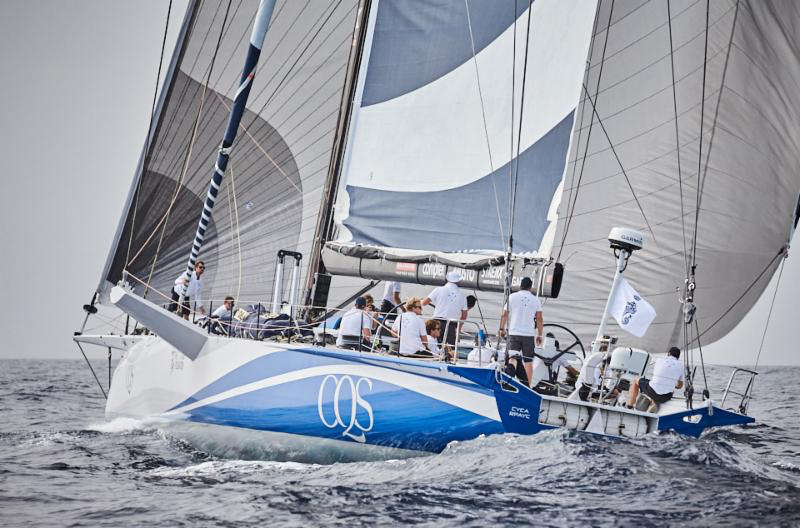 Ludde Ingvall’s CQS suffered a setback in the RORC Transatlantic Race; the westbound leg of the Atlantic Anniversary Regatta. “We got caught in a bad squall of probably 40 knots which resulted in a number of issues,” Ingvall reported from on board on day 10 of the race. “There has been damage to sails and onboard electronic systems, but we are still progressing towards the finish.”

Kenneth Thelen, co-skipper for Australian Maxi CQS confirmed that all of the crew of the 96ft canting keel Maxi were safe and well. Describing the damage he said: “Part of our electronics failed making it hard to sail in the dark. We blew our biggest spinnaker, but it is repairable. As we went into a gybe, the engine stalled and we lay flat on our side for a while which resulted in a diesel spill inside the boat, so the smell is terrible in the heat! We broke the top three battens in the mainsail, but we are still sailing towards the finish at reasonable speed, in pouring rain. We will assess the situation at first light.”

At 1100 UTC on December 4th, the race tracker showed that CQS had slowed down to barely a few knots of boat speed to effect repairs. “We are back on track,” continued Ingvall. We lost about six hours while sailing slowly and then stopped to repair probably at 90-95%, but we are now doing 14-15 knots average with G1 and a full main.”

At the time of the incident CQS was more than 400 nautical miles ahead of Jochen Bovenkamp’s Dutch Marten 72 Aragon and Southernwind 96 Sorceress, skippered by Daniel Stump. CQS are fighting all the way to hold onto their grip on the IMA Transatlantic Race Trophy.

YB Race Tracker: http://rorctransatlantic.rorc.org/tracking/2017-fleet-tracking.html
Individual yachts, classes or the whole fleet can be tracked throughout the race
Image © RORC/James Mitchell