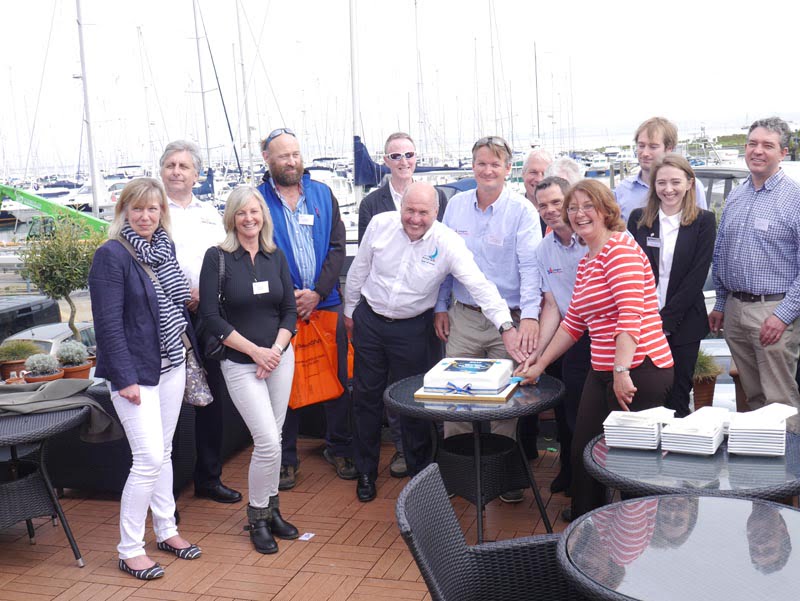 The Yacht Harbour Association launches 2017 Marina of the Year Awards

The Yacht Harbour Association launches 2017 Marina of the Year Awards

The Yacht Harbour Association (THYA) has announced the launch of its Marina of the Year Awards for 2017, with partners GJW Insurance. Now in its fourth year, the Awards are open to all Gold Anchor accredited marinas both in the UK and overseas.

Lymington Yacht Haven, winner of the Coastal Marina of the Year 2016 Award (over 250 berths), was the fitting venue for the official launch of the Awards. The official cutting of the Marina of the Year Awards celebration cake was conducted by Sarah Hanna, Chair of TYHA, and representatives of Lymington Yacht Haven and Poole Quay Boat Haven. Joining the celebration were attendees of the TYHA networking event held on 11 May 2016 which included marina operators and marina suppliers.

TYHA, a group association within British Marine, has made significant changes to the way the competition is run over the last couple of years to make it easier for marina customers to vote and for marinas to be included in the Awards. The competition is aimed directly at boat owners and boat crew, asking them to vote for their favourite Gold Anchor marina online at www.marinaoftheyearawards.com.

TYHA worked closely with partners GJW Insurance to encourage marina customers to vote for their favourite marina which culminated in over 4500 votes being cast for the 2016 Awards, a 48% increase from 2015. Last year an impressive 88 marinas received votes demonstrating just how highly marina customers value the high levels of customer service provided in Gold Anchor accredited marinas.

At the launch, Jon White, General Manager of The Yacht Harbour Association said: “The Marina of the Year Awards, with GJW Insurance, is a great way of highlighting excellence in facilities and customer service.  Gold Anchor marinas are already recognised as offering the very highest standards of facilities and services, and it is hoped that these Awards will encourage marinas to go the extra mile with their berth holders.”

There are five categories of winners with a runner-up in each: UK Coastal Marinas (under and over 250 berths), UK Inland Marinas, International Marinas and Superyacht Marinas. Voting closes on 30th November 2016 and the Awards will be presented during the London Boat Show at ExCeL London on Thursday 12 January 2017.