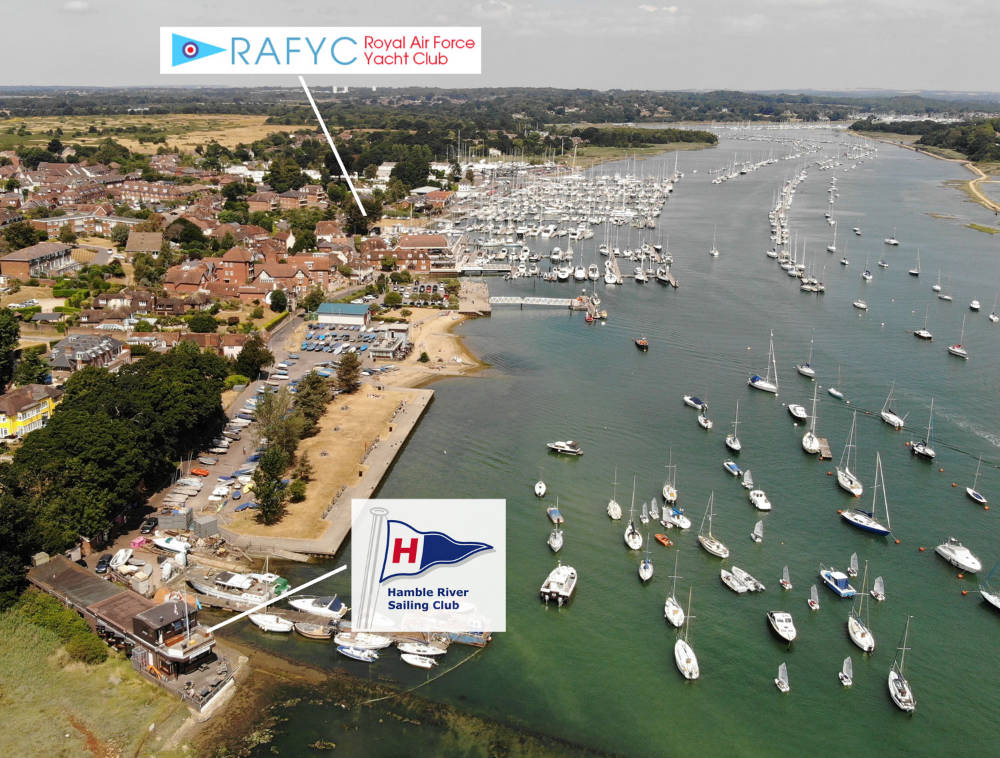 Come fly with us – RAFYC and HRSC join forces

Come fly with us – RAFYC and HRSC join forces

The RAF Yacht Club and Hamble River Sailing Club have announced a greater level of engagement between the two clubs with mutual opportunities for both.

Located just 400 metres apart on the River Hamble in prime positions on the river frontage, they offer contrasting activities and facilities that will bring additional benefits for the 1200 combined membership.

On the water, the RAFYC runs an extensive programme of cruising while HRSC focuses on racing including the annual Hamble Winter Series, and with differing hours of catering and bar opening the scope of enjoyment for members of both clubs will be increased. HRSC is pleased to offer members’ rates to RAFYC members to attend its Sailing School courses, access to the Cadet programme for their children, and to join in with the Men-on-Board (MoB) and Women-on-Water (WoW) dinghy sailing groups. In return the RAFYC will also offer HRSC access to book for larger events at the Riverside Bar & Restaurant and Front Lawn, plus members’ rates for use of its maintenance bay.

The two clubs have very different origins. The RAF Yacht Club began at Calshot in the 1930s, and after the Second World War its first task was to help bring back the so-called Windfall yachts from Germany. In 1951 the club moved to Riverside House in Hamble and nowadays membership is open to all, but the historic connection with the RAF is celebrated annually at its Battle of Britain Regatta in mid September.

HRSC was formed in 1919 by a group of nine Hamble men ‘to encourage the sport of small boat sailing and racing’. In the 1970s the current clubhouse was built by a group of dedicated members and provided an essential facility for the future well-being of the club. The Hamble Winter Series began in 1982 and with grants from the Flagstaff Trust, RYA, plus event and local sponsors, youth sailing and the Sailing School have flourished, as does Wednesday Evening Racing for keelboats.